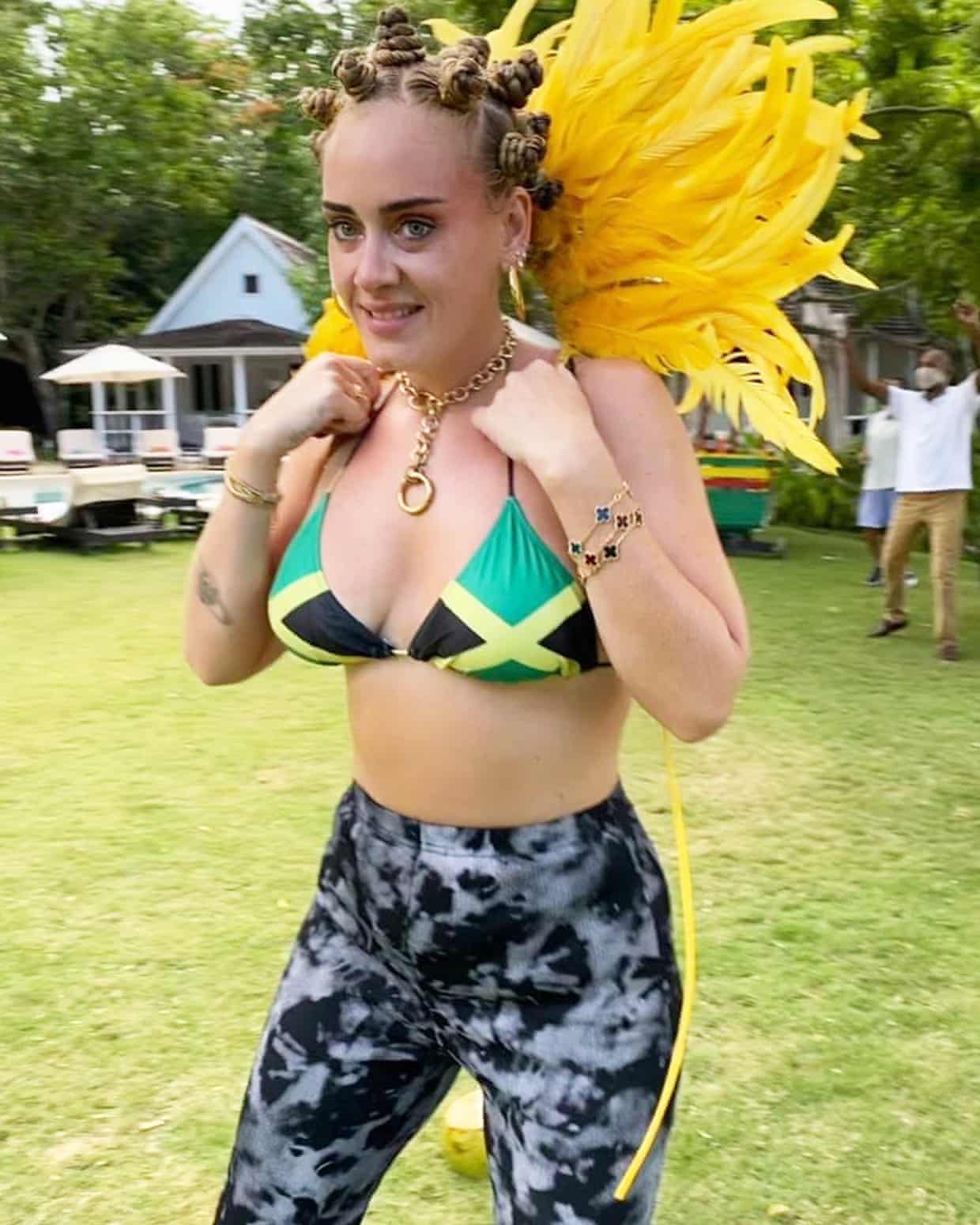 Adele has faced accusations of cultural appropriation after sharing an Instagram picture showing her wearing a traditional African hairstyle while marking what would have been Notting Hill Carnival.

In the photograph, the 32-year-old chart-topping act wore a string bikini decorated with the Jamaican flag and had her hair in Bantu knots – small coiled buns typically associated with people of African descent.

The Tottenham-born singer captioned the post: “Happy what would be Notting Hill Carnival my beloved London.”

However, Adele was quickly accused by Twitter users, many of them from the US, of cultural appropriation for using the hairstyle.

One tweeted: “If 2020 couldn’t get anymore bizarre, Adele is giving us Bantu knots and cultural appropriation that nobody asked for. This officially marks all of the top white women in pop as problematic. Hate to see it.”

Another said: “If you haven’t quite understood cultural appropriation, look at Adele’s last Instagram post. She should go to jail no parole for this.”

Writing in the comments section of the Instagram post, a user said: “Bantu knots are NOT to be worn by white people in any context, period.”

However, others came to Adele’s defence. David Lammy, Labour MP for Tottenham and shadow justice secretary, dismissed the allegations of cultural appropriation as “poppycock”

He tweeted: “This humbug totally misses the spirit of Notting Hill Carnival and the tradition of ‘dress up’ or ‘masquerade’ Adele was born and raised in Tottenham she gets it more than most. Thank you Adele. Forget the Haters.”

Claudia Webbe, Labour MP for Leicester East, said: “Carnival is a contested event in which either the usual order of things are overthrown, unhinged and disturbed, or it can reinstitute and reinforce the very order its meant to overthrow. In this sense Adele embraces the spirit of carnival as an event which is qualified to do both.”

The singer’s celebrity friends also appeared to approve of the look. The model Naomi Campbell, whose mother was born in Jamaica, commented with two love heart emojis and two pictures of the Jamaican flag.