Fit in my 40s: this rock workout is a riot | Life and style | The Guardian 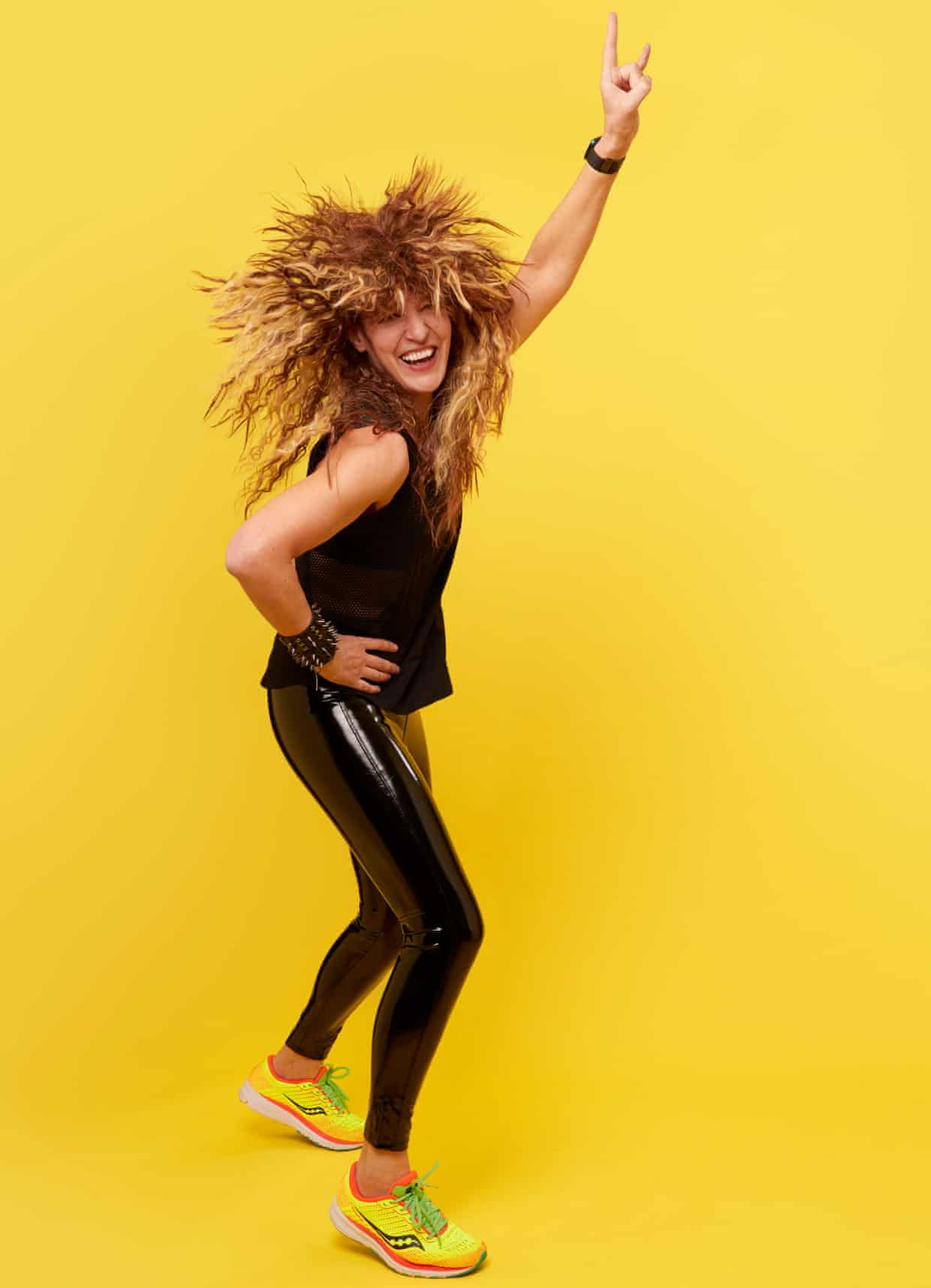 ‘It had me tearing about like a rat on ecstasy.’ Photograph: Kellie French/The Guardian. Hair and makeup: Sarah Cherry. Assistant: Harry Brayne. Clothes: My Gym Wardrobe. Shoes: Saucony Ride 13

Rockfit was a word-of-mouth suggestion, by way of social media. Launched and extremely popular in Plymouth, it probably would have stayed there were it not for the massive boost that online classes have had over lockdown. Now it seems to have a lot of fans. Or maybe, in the great echo chamber of modern life, the kind of people I like love it.

The “rock” is exactly what you’d expect: every band that sounds like a German compound noun for banging your head on purpose (Rammstein, Halestorm); everything you’d have heard on Kerrang!’s drivetime in the good old days (Bon Jovi, Faith No More); everything that sounds as if, somehow, it’s going to hurt (Queens of the Stone Age, Nine Inch Nails). The “fit” element is way more left field and won’t remind you of anything you’ve done before.

The founder is Hannah Hawkey, who arrived at the idea via an MA in performance practice, and it shows. You’re not moving methodically through your muscle groups: you’re trying to find your inner demon. “A dose of some feelgood today, along with some extra raar,” the instructor began. I found my raar halfway through the warm up; even at its lowest impact the accent is on physical rebellion, waving your hands in the air like you just don’t care. There is a huge amount of punching and quite a bit of shoulder-shimmying, but not in the ballroom-dancing sense – more like you’re trying to start a fight in a pub through the medium of mime. Come and have a go if you think you’re hard enough, is the overall mood. There is a bit of air guitar and a fair amount of freestyling. This means leaping about – at its peak, it should look like a pogo, which might be one of the most aerobic moves on Earth. One of Hawkey’s mission statements is that, if you can understand the philosopher Judith Butler, you can do anything. I haven’t read much Butler, but for some reason the segue appealed.

Certain physical activity demands a type of music you’d never listen to in the bath. You’ll know that if you’ve ever tried to make a running playlist and ended up with ears full of Snow Patrol. I always thought it was determined by matching the beats-per-minute to your foot strike, but there’s more to it than that. Livin’ On A Prayer, for instance, has a relatively low BPM (122), yet it had me tearing about like a rat on ecstasy.

There are three membership levels: for £10 a month you get one new routine a week. They’re an hour long, though, and split into two sections, so for me that takes a week, since no way could I get through a whole one, at least not the first time. Once you’re a member, you can access the whole month’s output, so I was originally scratching my head about who would go for the £25-a-month Ultimate Rockstar pass. After a week, I understood: it’s a bit like listening to Magic FM in the back of a cab – once you lose yourself in it, you start to think: why don’t I listen to this all the time?

What I learned
The full hour’s workout burns 900 calories, apparently. If you wanted to do that walking, it would take a full working day.

More… Fit in my 40s: this rock workout is a riot | Life and style | The Guardian