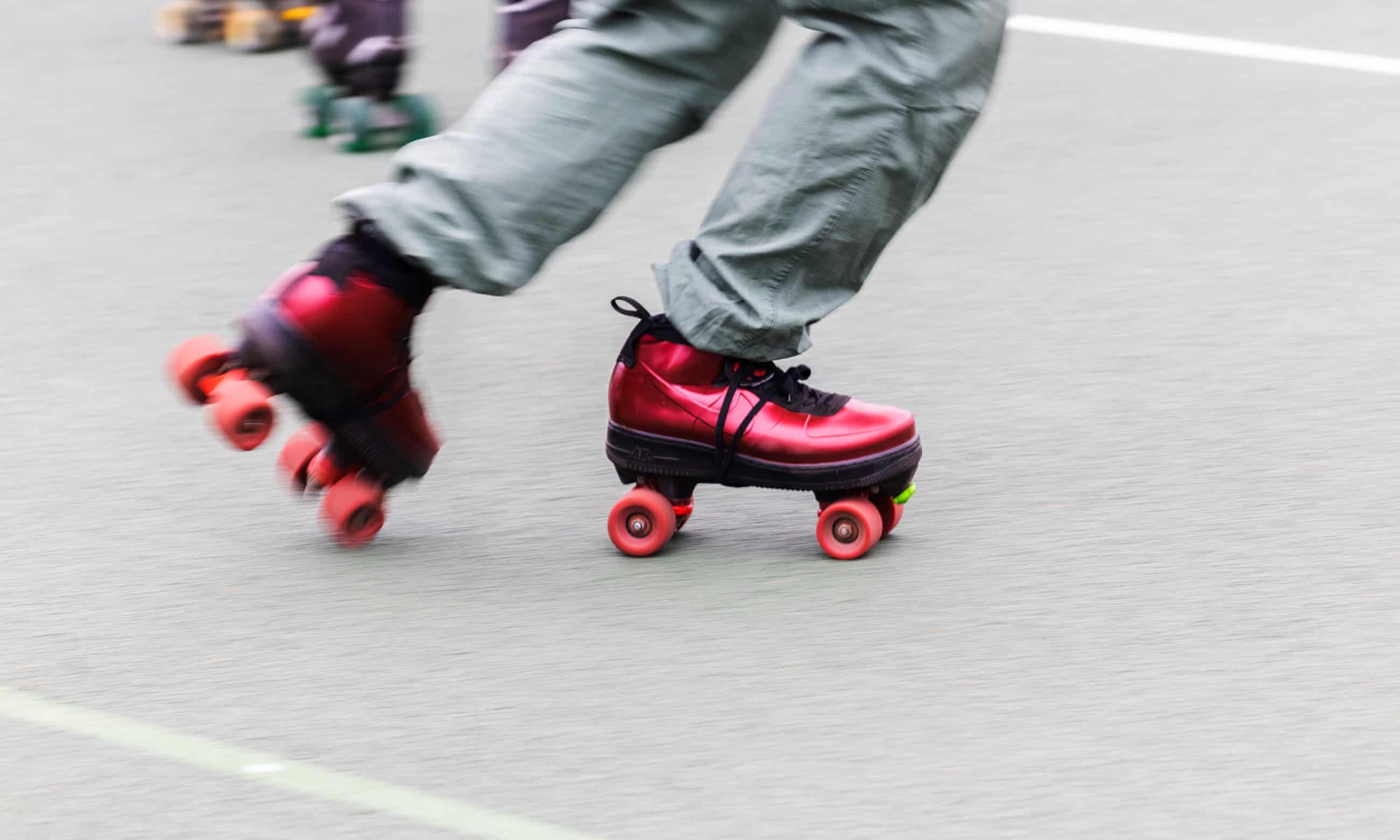 On Sunday, Shez Blake, 40, from south London, will have been roller skating for a month. She has been skating with her six-year-old son and excitedly talks about this landmark date because of the joy the sport has brought. “Skating gives you that sense of freedom … it’s like flying in the wind,” she says.

After struggling during the pandemic, skating has helped lift her mood. “There is such a sense of community. You are immediately welcomed.” 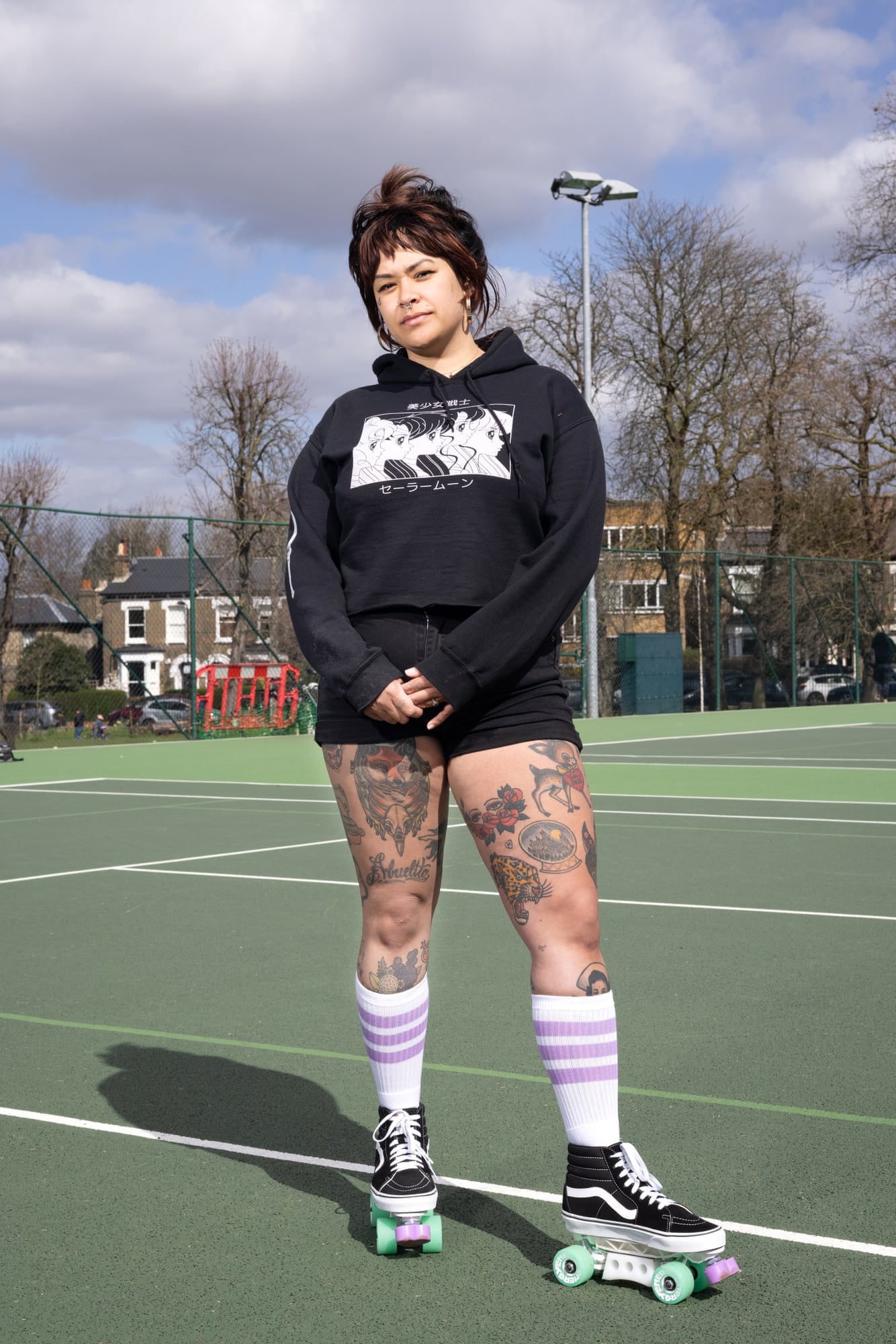 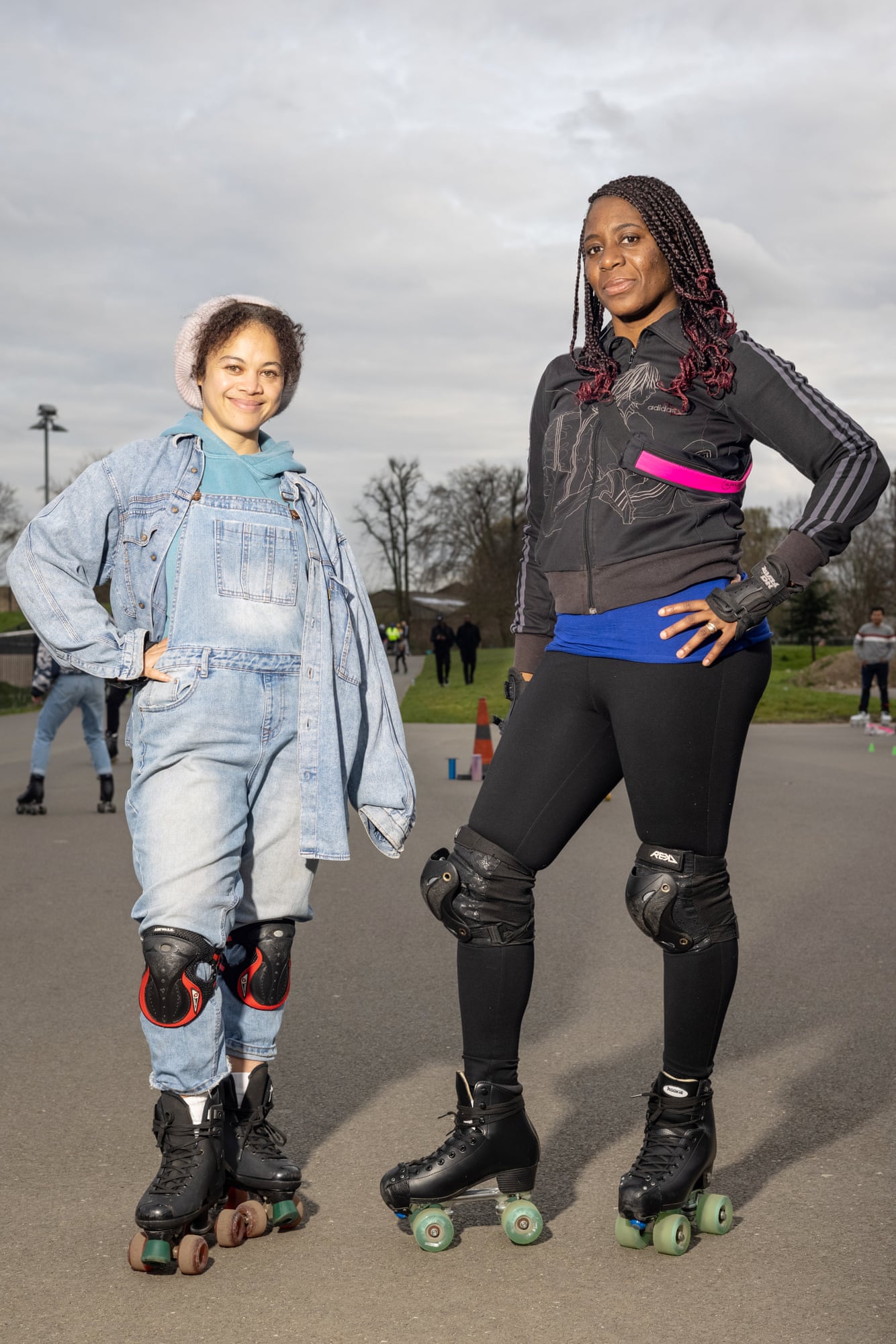 Blake is among a rising number of people who have started skating amid repeated lockdowns, but the growing community of skaters in London are calling for better spaces to go to as they are currently using tennis courts that have been shut as part of Covid-19 measures and scrambling for other flat spaces to use in parks or streets.

“It is fundamental to mental health. Even where I skate in Burgess Park it is not the best surface at all but it is the only space we can use. My son is only six and it is gravelly so when he falls over he gets gravel on his hands,” says Shez. 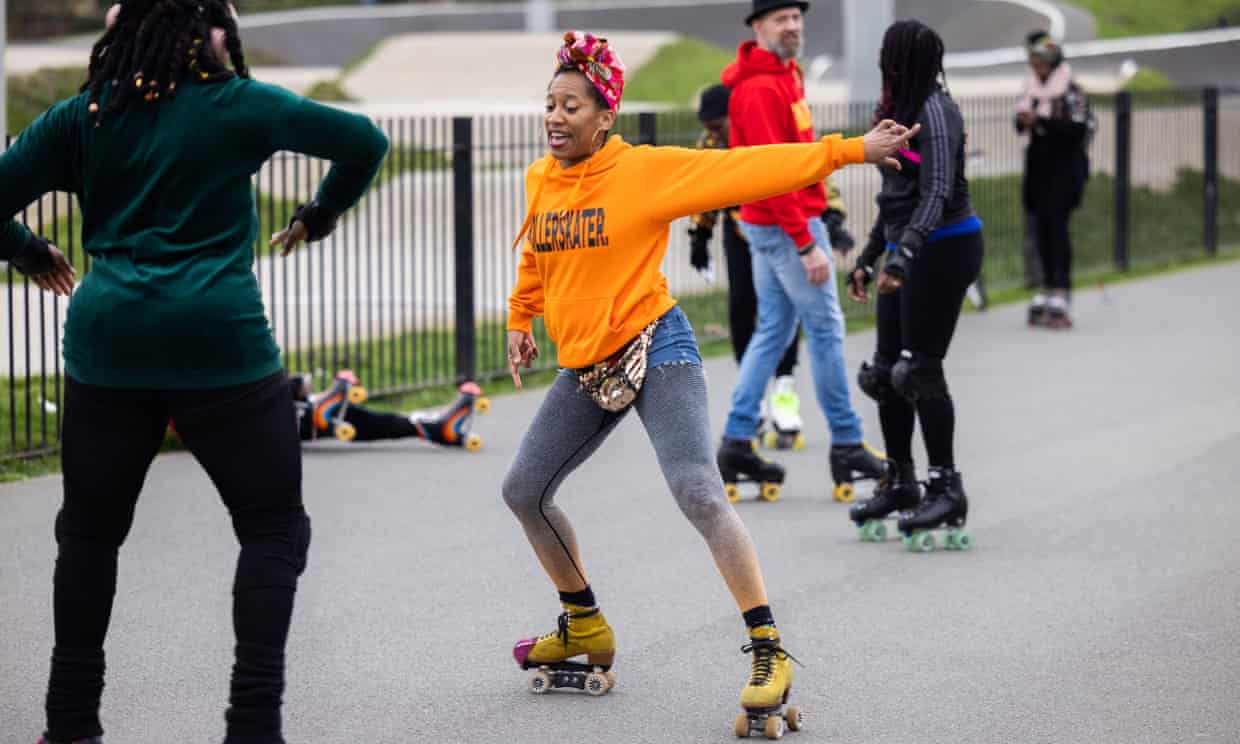 While figures from retailers such as Locoskates and Slick Willies highlight just how popular skating has become during the pandemic – the companies have seen sales grow between 500 and 800% in the last 12 months – finding somewhere to skate is more difficult. 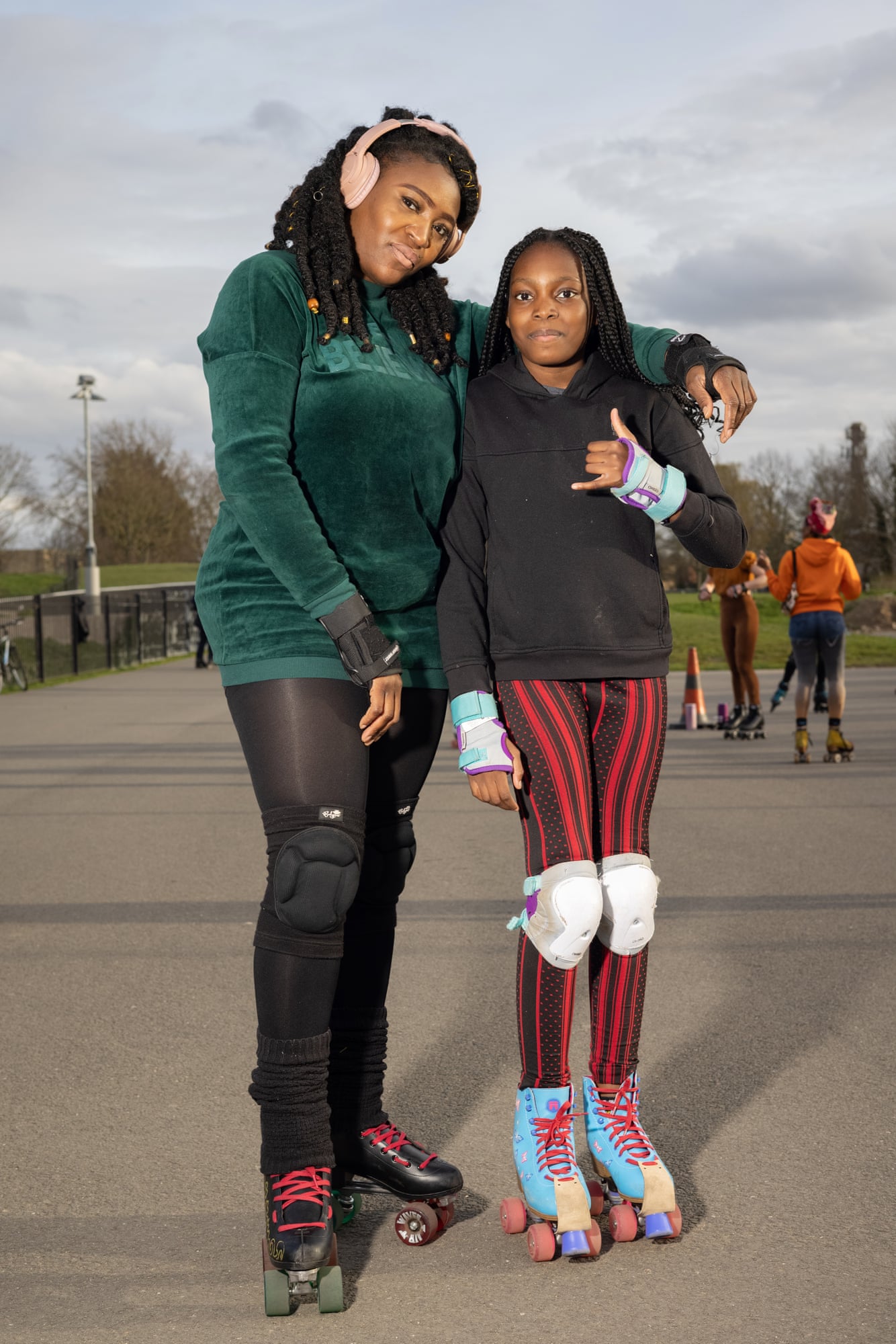 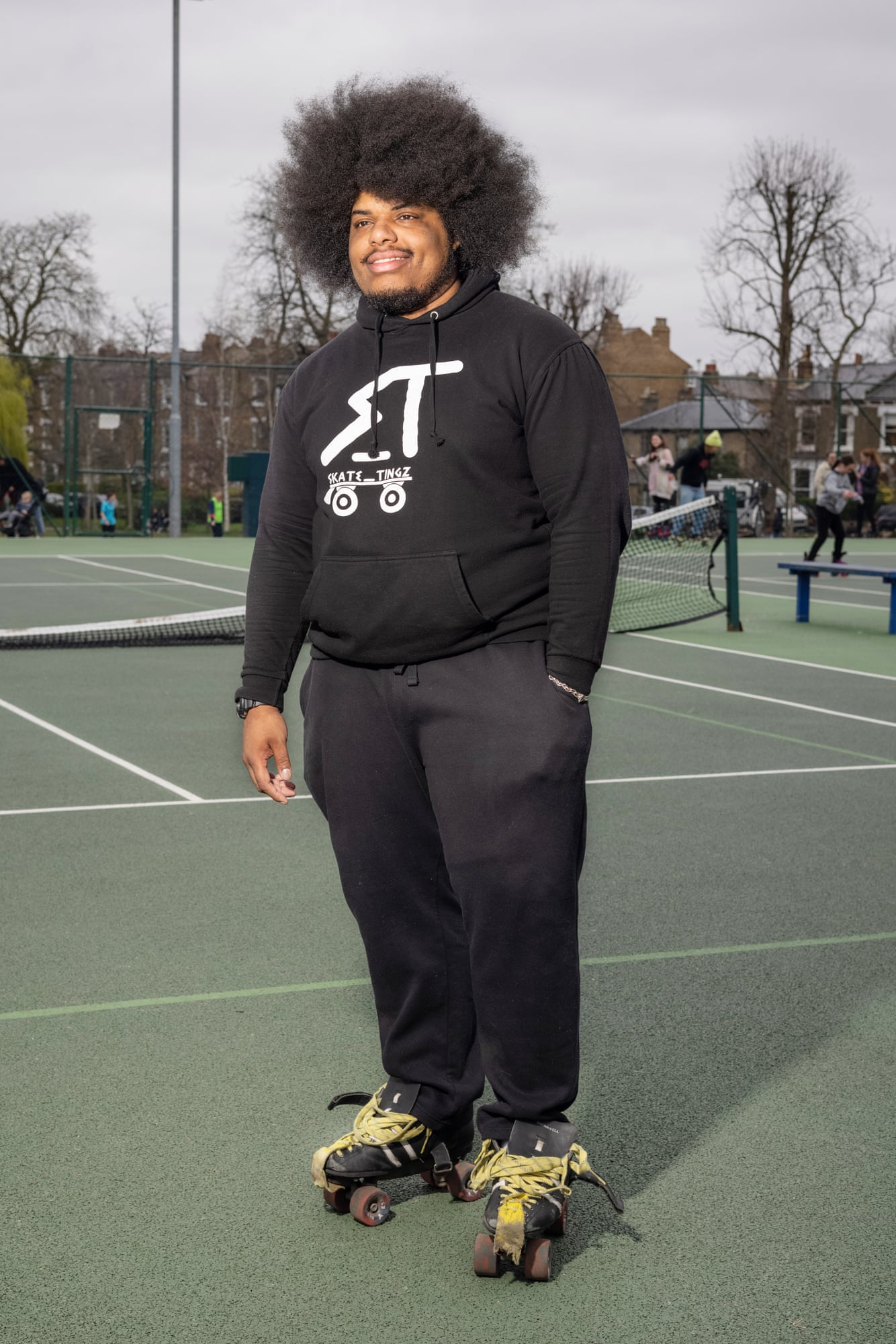 Many, such as 25-year-old Amir Bacchus-Marquis – who has been skating since he was eight and started in a “shabby hall rented out by someone” in Tottenham – have been campaigning for more space for years. They have battled against constantly being moved on from car parks and parks; some areas are even laying down gravel to stop skaters, he says.

But he says that it is difficult to get people to listen or engage with officials, an issue he partly puts down to the roots of the skating culture being inherently black in the UK. 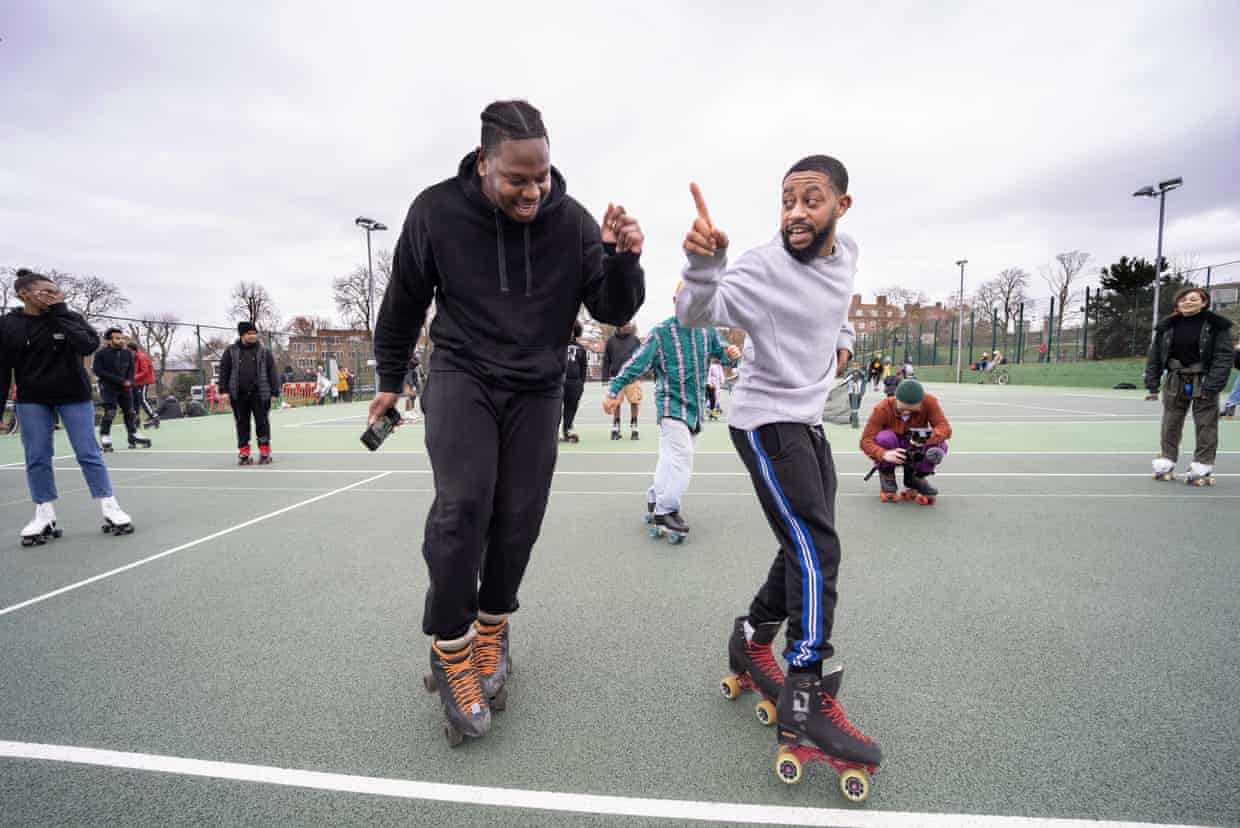 “Skating, especially in the US is deeply embedded in black culture. It came over to the UK as a kind of underground scene for black disfranchised people who used skating to meet and congregate and have good food,” he says.

“I think because the community has always been very black there is lots of trauma when it comes to speaking to or getting in contact with government officials, people who can make a difference and support the community and what we are doing,” says Bacchus-Marquis. 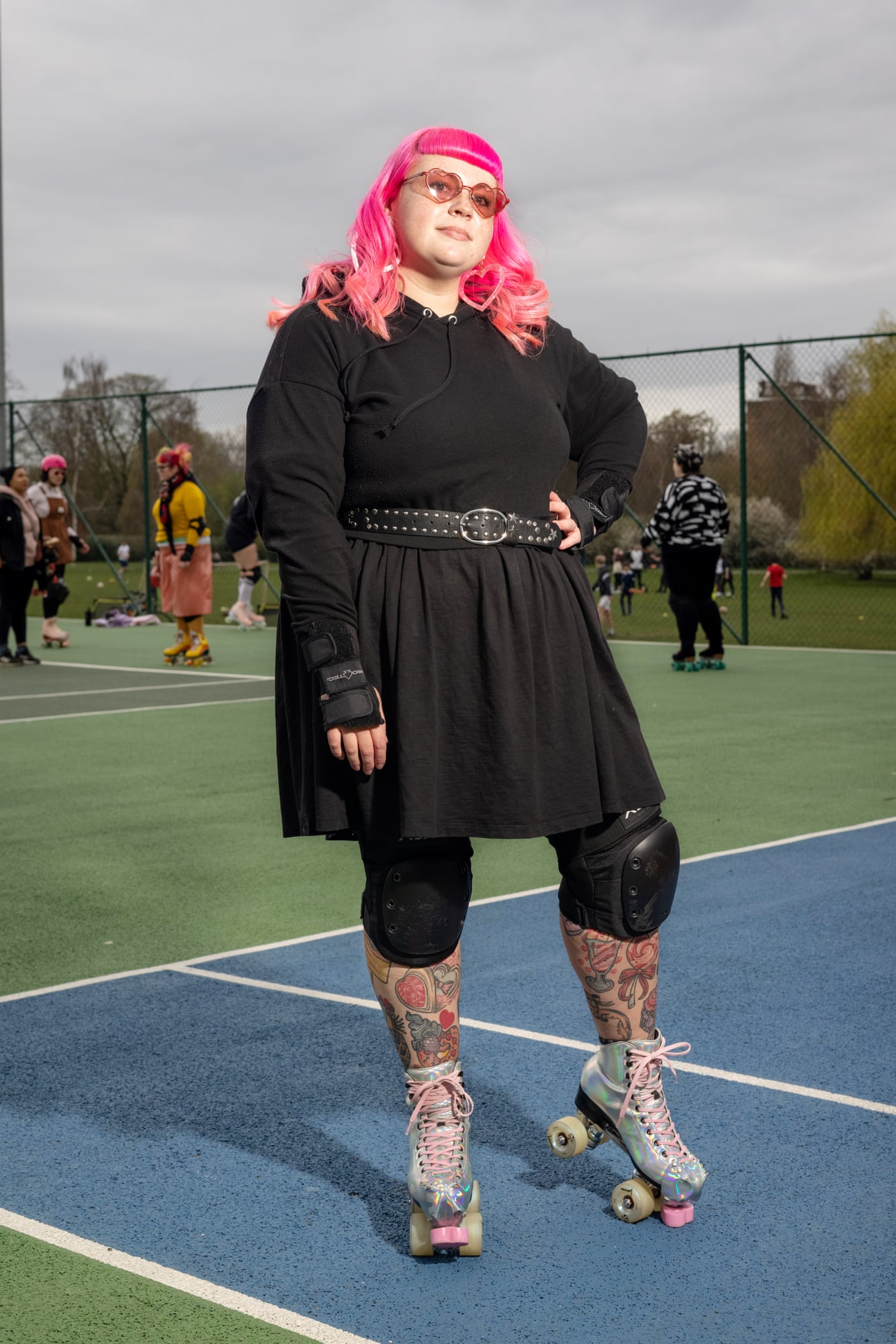 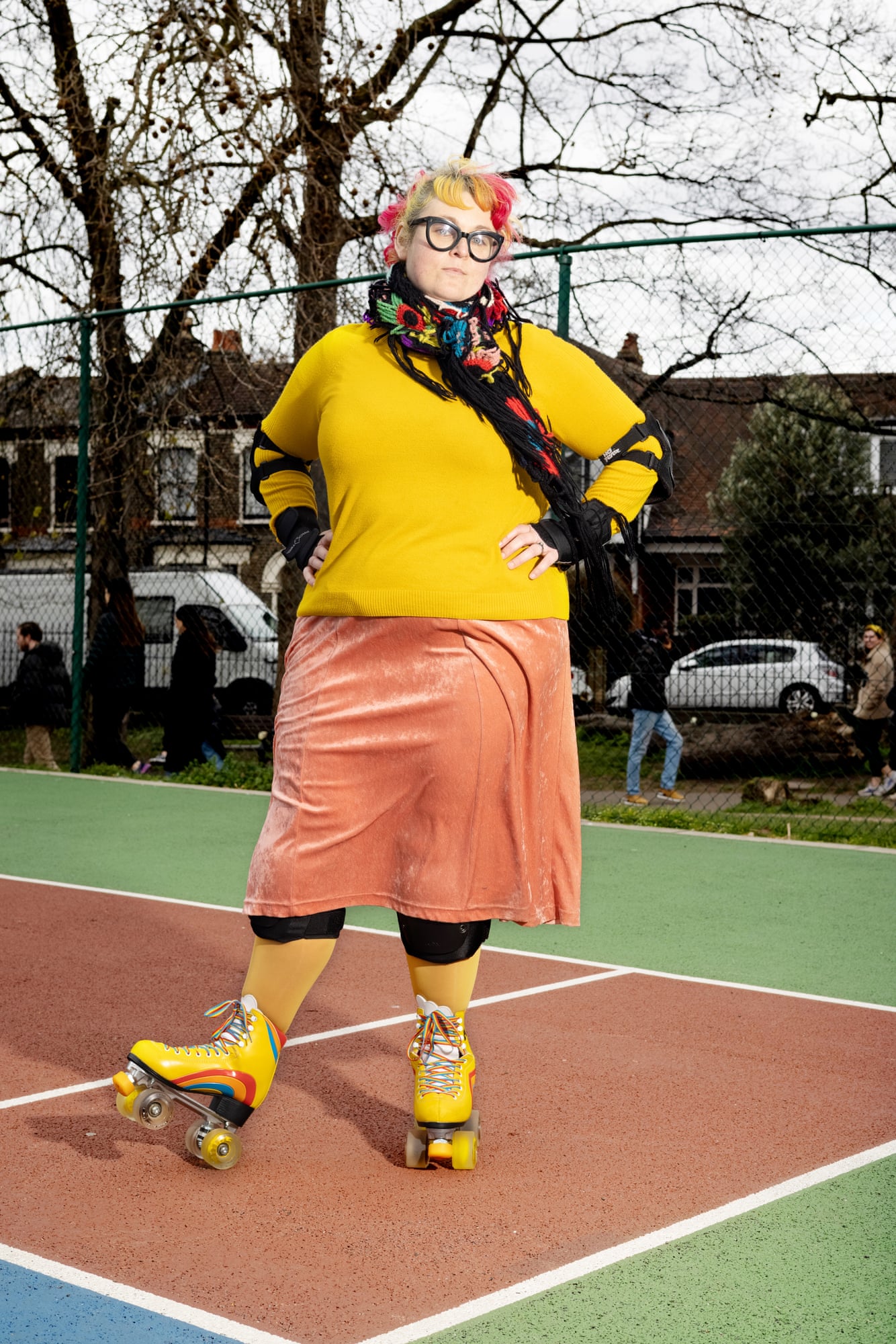 He adds: “Even those who have tried to broach it have not been taken seriously as someone else might.”

Bacchus-Marquis says they organise through word of mouth because the community is “so huge” and they also use social media. “The community is massive so it is easy to tell someone let’s meet Tuesday at 9am we will be here. It reverberates around,” he says. 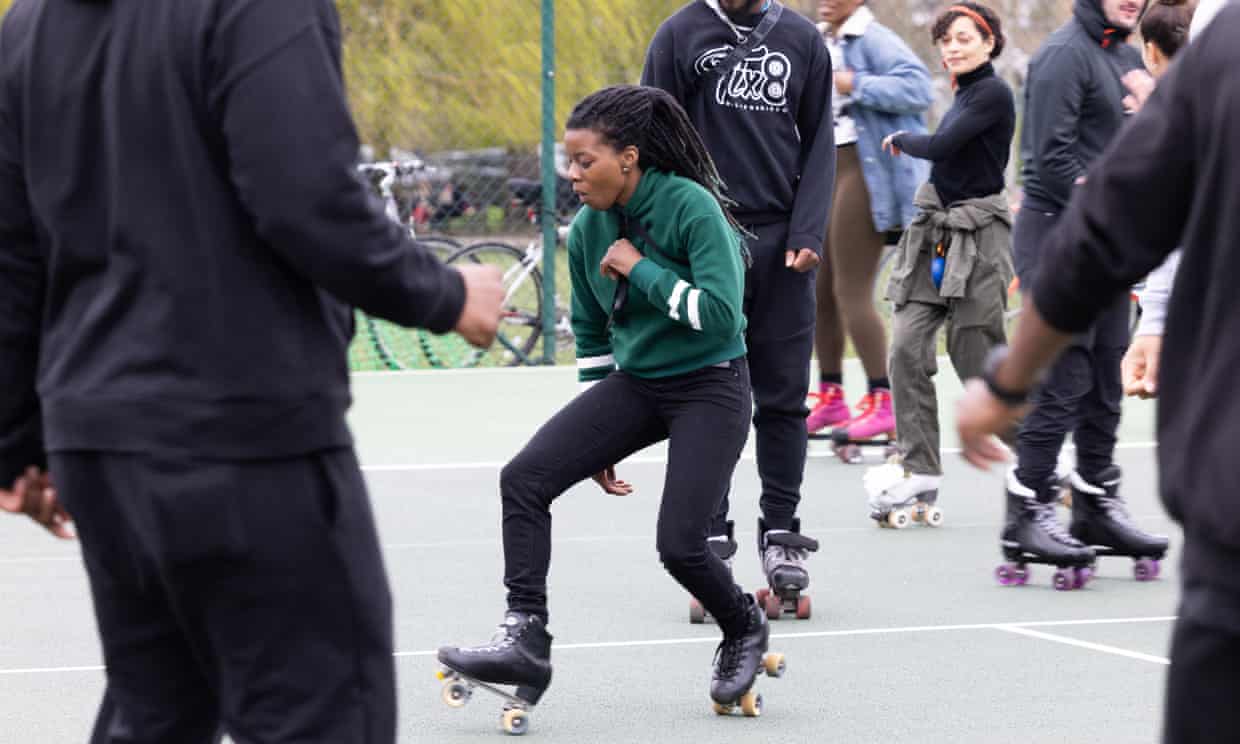 He started skating in Stratford Mall in east London until it was no longer allowed. “We moved to car parks,” he says, adding that he is constantly being kicked out of areas and chased away.

“I have experienced little bits of violence and really bad and nasty people in terms of people seeing what we are doing and thinking we are trying to be awkward about it,” he says, adding that it’s a way for young people to “keep their heads straight”. “We have nowhere safe to go after dark,” he says.

Bacchus-Marquis says skating is about freedom and mental health. He says he used skating as a tool to keep him sane when his sister passed away when he was young. “It’s always been that for me,” he says. 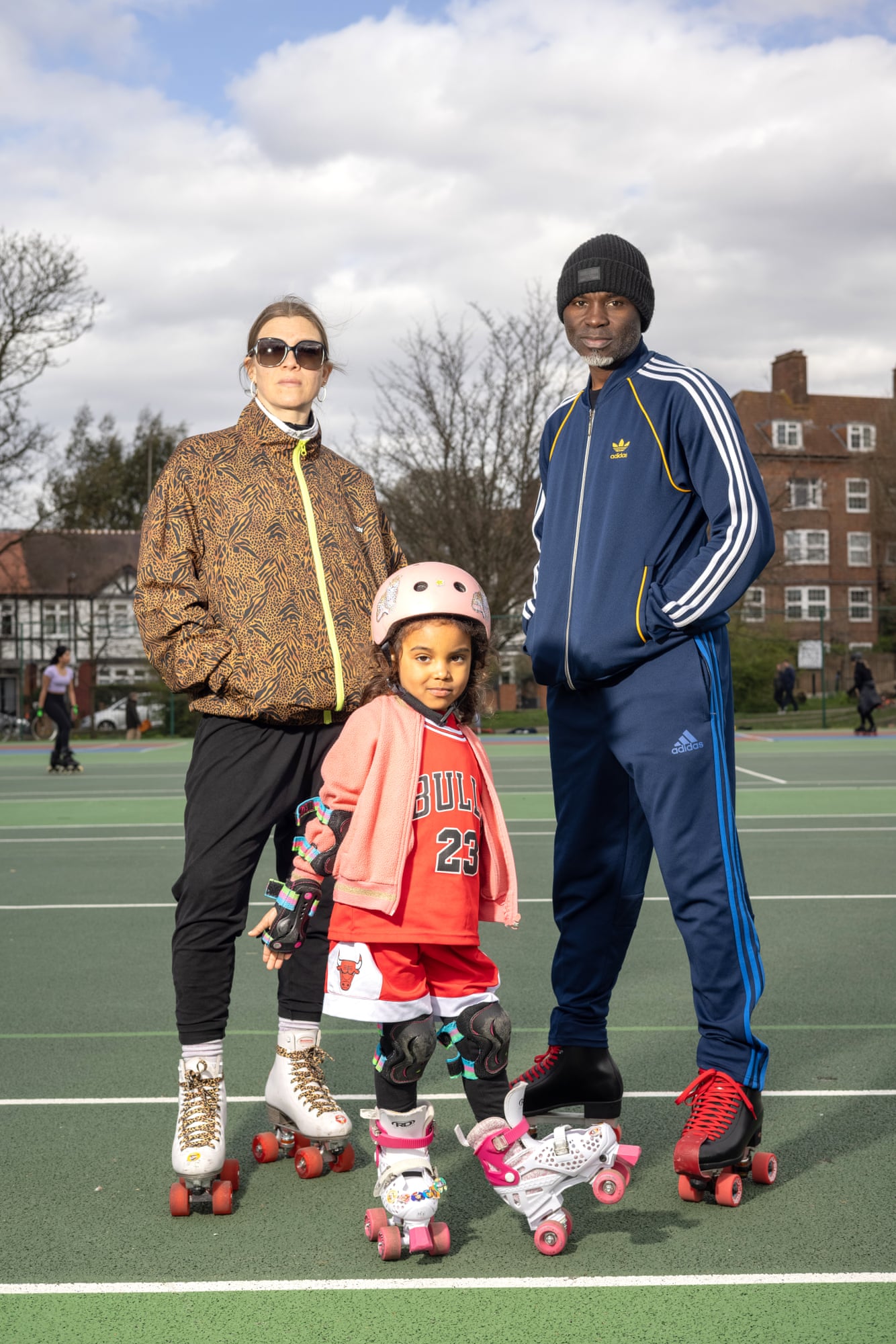 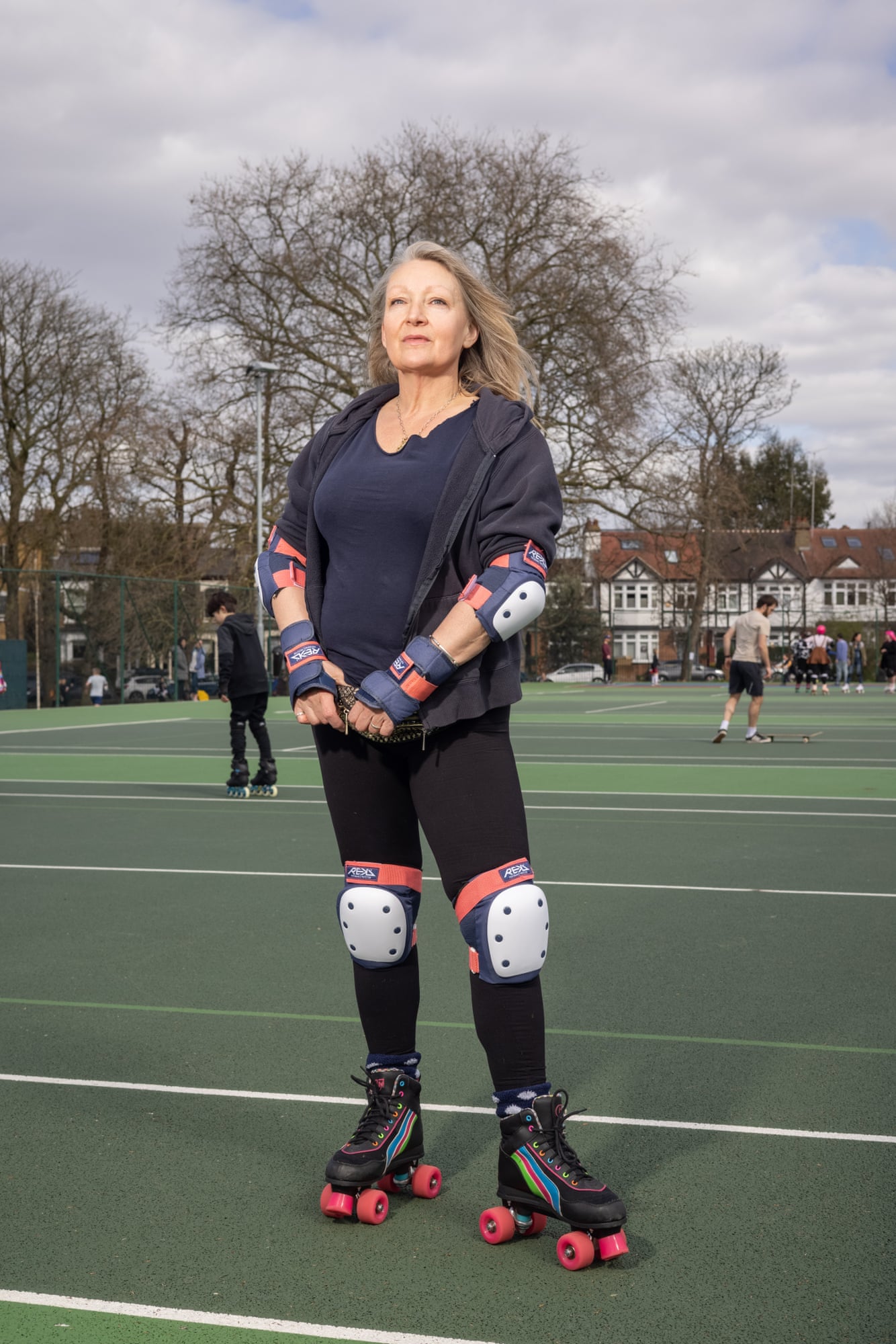 Elizabeth Melinek has launched a campaign in Hackney, east London, to get the council to use some of their redevelopment budgets to create a multipurpose flat, level skate space and it has had over 1,000 signatures. As a mother of two boys, she says she has “seen the impact of lockdown on teenagers” and feels it is “important to create free social facilities for young people”.

“There are seven tennis courts in Clissold Park. During lockdown they were being used by over 100 socially distanced people as opposed to the 12 people that normally use them … I am not anti-tennis or anti-golf but they are sports traditionally associated with the elite. Roller sports, including skateboards, are accessible to everyone and are now widely enjoyed by a hugely, diverse range of people who all need space to practise,” she says. 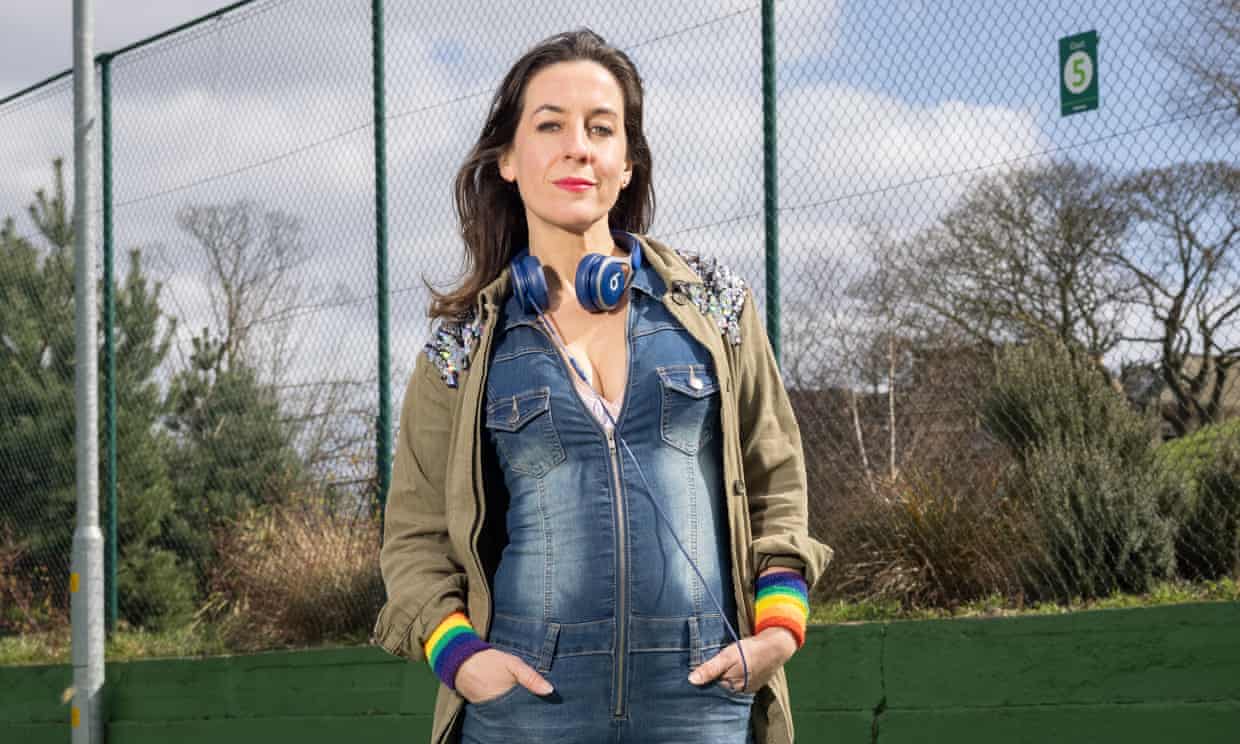 She adds: “It’s really important to note that roller skating has a long, rich history in the black community too, and it is primarily black skaters and skaters from working-class backgrounds who have been keeping the activity alive and fighting for increasingly diminishing space.”

Lenka Kopecka, who has been skating for 15 years, also thinks skating is a huge mental health booster. “The growth in interest during lockdown is because people are thinking: how do I keep busy? It’s a healthy option. I am a psychotherapist and have lots of clients who do not know what to do with themselves.” 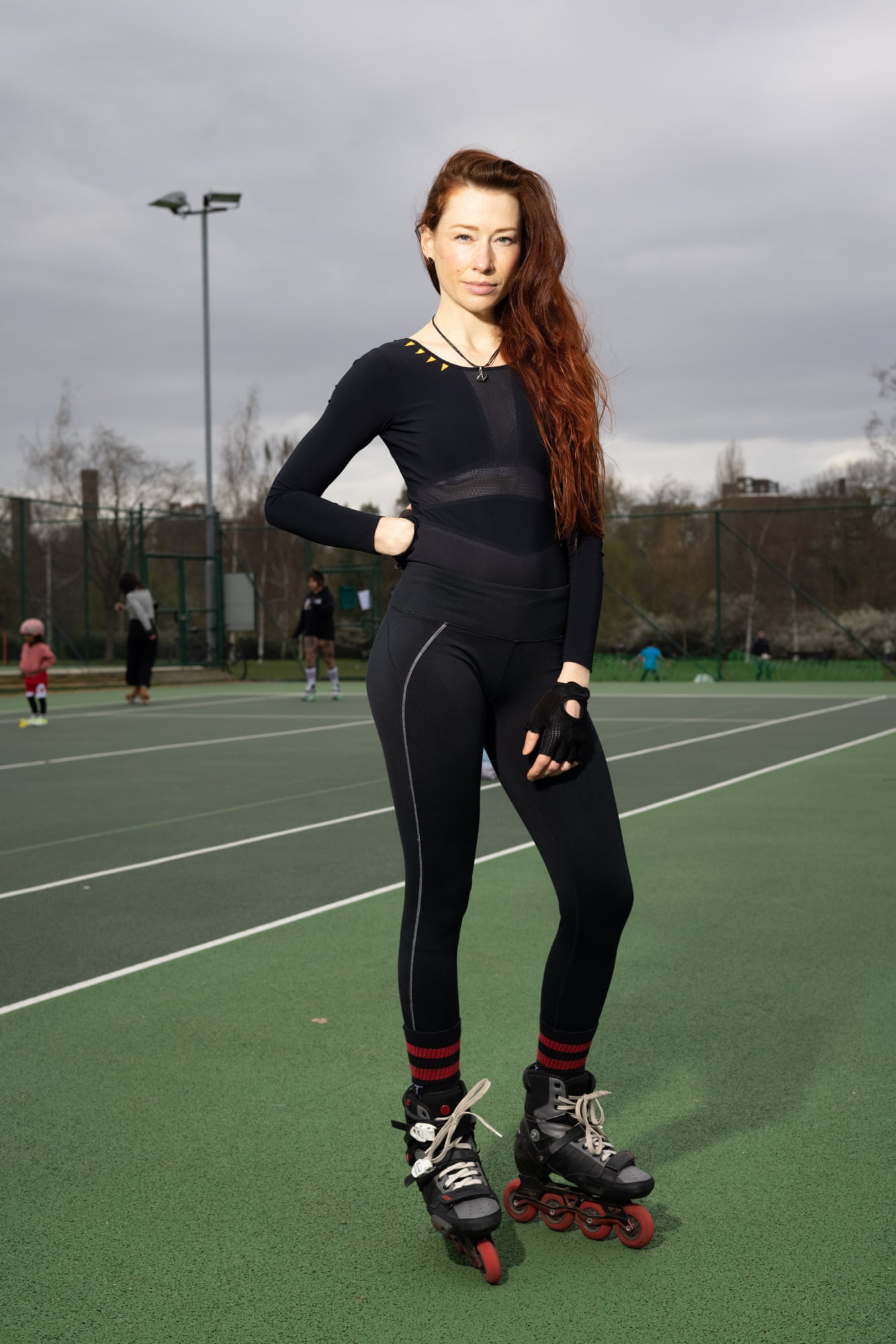 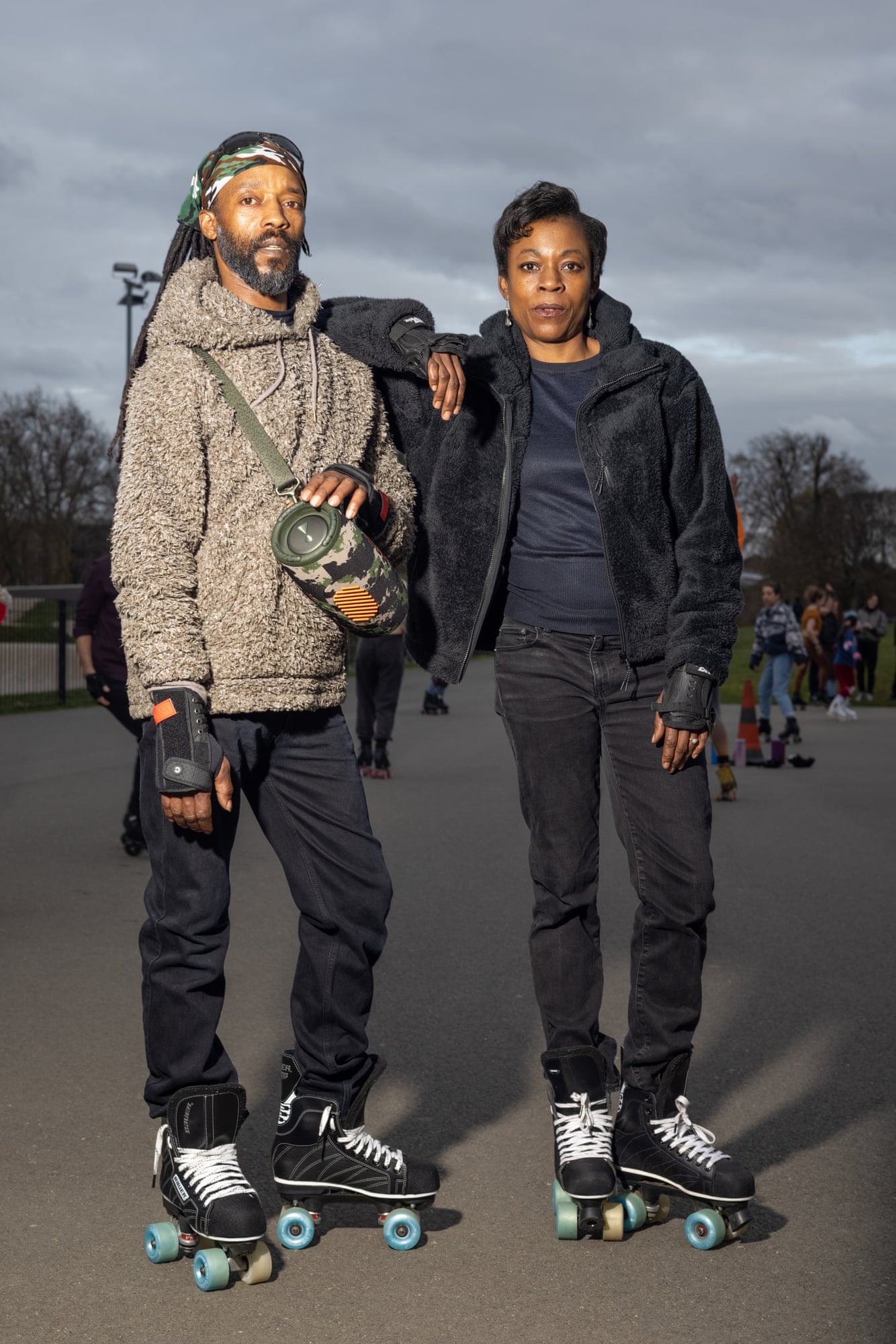 “When you look at those who skate, there is immediate positive energy compared to other sports. Everyone is always smiling.”

Nikki and Andrew Brandt, aged 50 and 54, skated as teenagers in south London. “It’s completely inclusive, you have got people of all ages including kids, and all sorts of races and backgrounds doing it ... People mix really easily,” says Nikki.

Her partner, Andrew, adds: “I have been roller skating for probably over 30 years off and on I used to play roller hockey when I was younger and then I used to street skate.”

They both think that given the freedom the sport brings, the rise in its growth will not go away, so a solution to the lack of space is needed. “There were loads of new skaters last year and that continued through the winter and it has not stopped,” says Andrew. “It’s therapeutic and fun and good for weight loss and mental health. It will get pretty popular again this summer.”

Return to “All Things Skating & Skateboarding”